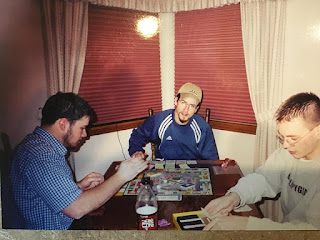 Did you know there's a record for driving through the 48 connected US states?  We didn't either, at least until 2015, when Ryan saw an article about the crew who did it in 94 hours and 42 minutes.  With his great love of maps, he began charting a course to find the most efficient way to do it.  Soon, the idea took shape, initially as an idea for his 40th birthday, but the timeline was moved up when he realized 40-year-olds have no business spending four days straight in a car.

If there was going to be a crew, the first person on Ryan's list was his friend Jason, the best driver he knows.  From there, Mike was the next logical choice.  The three have been friends since high school and have taken some road trips together throughout the years.

Once they were confirmed and a date was secured, all that was left was the planning and driving.  A benevolent and enabling benefactor came into the picture to fund the costs of the trip and Ryan, Mike, and Jason wanted to thank that person by raising money for a worthy cause.  If you donate, know none of the money is going to fund the trip, but all of it will be used for the purposes intended.

Here's a little more about our three intrepid adventurers: 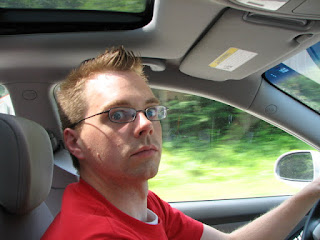 Ryan Scott is a lifelong map nerd and road trip enthusiast with a penchant for the strange.  He resides in Middletown, Delaware and has lived in nine other states.  He's an ordained minister, published author, sometime substitute teacher, non-profit director, and lead columnist for D3hoops.com.  He was on the Colorado ballot for President in 2016, garnering 749 votes.  This whole trip was his fault idea and should not reflect on his wife, daughter, or two cats.  You can read his mad ramblings at onemorethingblog.blogspot.com or follow him on twitter @ryanalanscott. 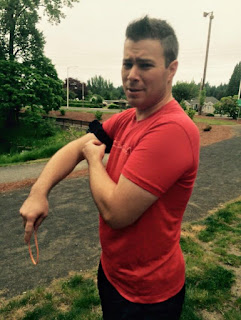 Michael Yost hails from Longview, Washington, although he also spent time in Alaska and Colorado.  He's the pastor of Longivew Church of the Nazarene, has two daughters and a wife, and has read the Lord of the Rings trilogy at least 15 times. He's excited about the thought of the ultimate contiguous 48 road trip.  He says, "Jason is the person I feel most safe with in a vehicle." When judging the length on this bio in comparison to the others, one should remember Mike's photo is done in portrait, not landscape; be not deceived. 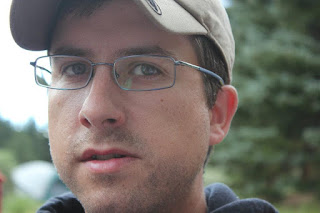 Jason Burnham lives in Colorado Springs, where our three intrepid adventurers first met, attending the same church.  We'll let Jason sum up the rest: "Ugh, I hate writing stuff, especially bios. I've delivered pizza for 17 years. I love driving. I'm a stay at home dad with two daughters. I enjoy building things, working on the house, and working on cars. I love driving. I still want to be a race car driver. I've always wanted to do a cannonball run, so this works. Oh, and I love driving." Do you understand why we need Jason on this trip and why we've got great confidence we'll do well?